It’s been a while since I’ve written, and the reason is simple: she was over here for a little over a week. Now, she’s gone again. She’s actually right now in a plane on the way to Beijing, from where she’ll fly to Finland. I’m not sure if she’ll make it over here again during the shoot; I have my hopes up, but I’m not sure if it’s possible. I miss her already so much. I had to leave off to work today in the afternoon, and by the time I got back, she had already left. She left me a note on the bed. It was a very beautiful one. I admit I shed a tear. Man, I love that woman.

Today’s shoot was a concert in a green screen studio. We had built a big stage, but it was merely a small piece of the actual stage we want to have in the movie, so it had to double up as different sections of the stage, which made the shoot annoying: it wasn’t such a long shoot, but we had to shoot a thousand plates for every shot we were shooting, which made it all very complicated and rather tiresome to be honest. We had also a great team of dancer and a demo version of a song to do, and that’s what we were doing for the most part of the day: dancers dancing, music playing over and over again. By the time I got out of there I was absolutely fed up with the whole song, although it’s a pretty good piece… This is exactly the reason I don’t like shooting music videos: you ruin a perfectly good song when you start doing a vid for it. I’ve shot few music videos but haven’t really enjoyed the process that much. When I was starting my film career I thought it’s absolutely the thing I want to do, but nah, no. Shoot few, and you’ll know why not. 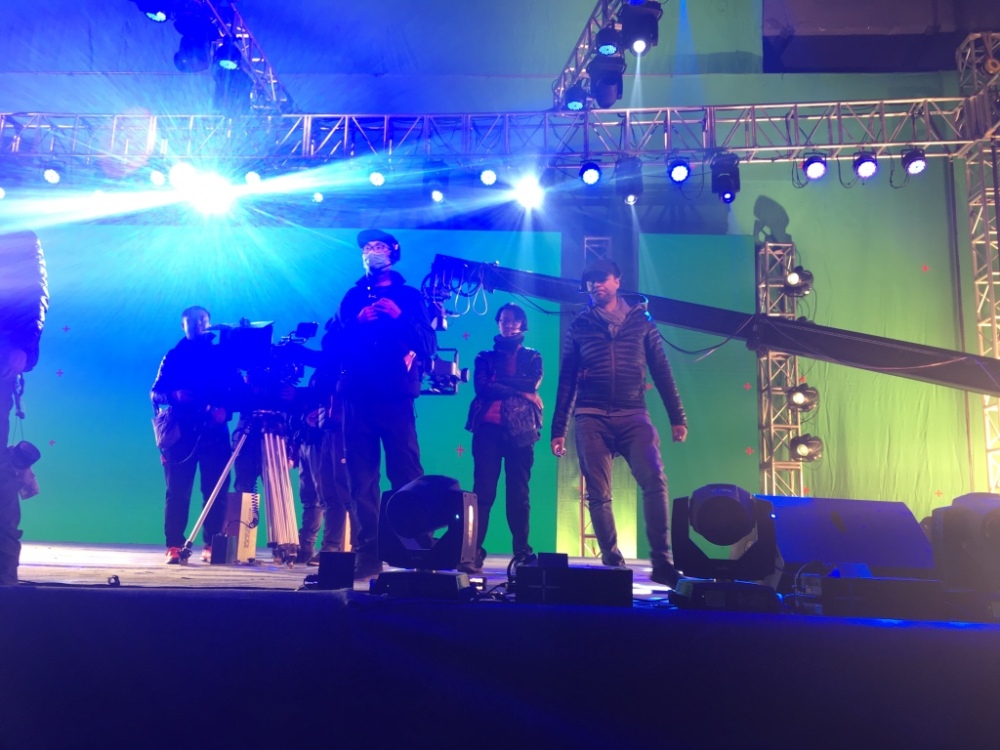 I was feeling a bit jumpy the whole day, since I knew Annika was on the flight and on her way to here. She’d be landing tomorrow afternoon, but already the anticipation was killing me. Soon, the room wouldn’t be so lonely, the days wouldn’t be so miserable. But there’s still one more day to go before that…

The shoot went well and then I headed home, where I had a quick dinner and slept like a baby bear.