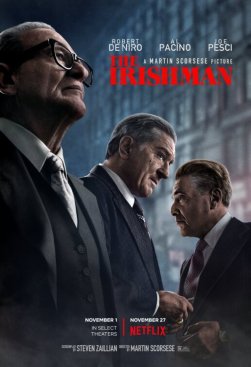 The Irishman is Martin Scorsese closing books on his mob quadrology, which started with Mean Streets (1973), followed by Goodfellas (1990) and Casino (1995) and the 2013 spinoff The Wolf of Wall Street  (2013), which stuns with its’ tranquil pacing, subtle acting and a sad undertone of watching an old criminal rotting away in a retirement home, reminiscing his past life and crimes to nobody in particular. If this turns out to be also Scorsese’s last film, it’s a fine way to leave the field, saying: try topping this. We’ll never have stars like Al Pacino, Joe Pesci, and Robert DeNiro again, and we’ll never get another Scorsese. 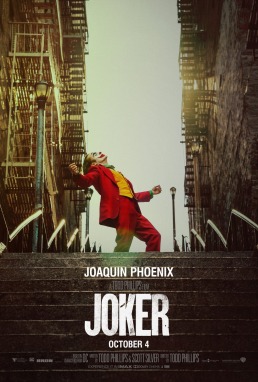 DC understood that in order to compete against Marvel, one has to come up with a bit of a different angle. They did it already with Christopher Nolan’s Batman, bringing a darker, grittier and harder-hitting version of their favorite superhero, and now they decided to do the same with a villain. Not to say they hadn’t tried, but Suicide Squad didn’t really work. And even more so, they tried two impossible things at the same time: to do a superhero film about mental illness and to challenge the greatness of Heath Ledger, who still is the best Joker out there. Somehow, they managed to do both, and while Joaquin Phoenix may not be better than Heath as Joker, he’s just as good. 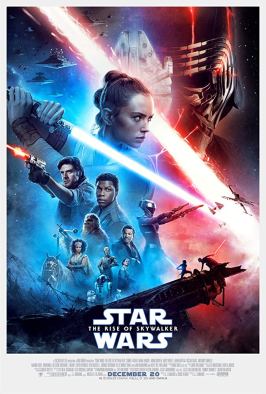 What a way to end the saga! The film, which was plagued by production problems with directors and writers going in an out of it, delivered a perfect ending for the Skywalkers! JJ Abrams managed to run the story with such precision, pacing and scale that it felt constantly fresh and new, while never forgetting its’ roots. Daisy Ridley’s Rey grows from a pretty bland character into a proper hero, and Adam Driver’s sheer charisma makes the connection between the two characters feel natural and organic. It’s a huge film and knows its’ duty: to end the 40+ years of film history with dignity. 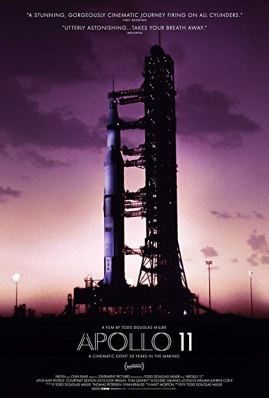 Apollo 11 is a gripping documentary that keeps you on the edge of your seat, crunching the armrests, knuckles white, breathing short, shallow gasps as in to make sure your presence would in no way alter the course of the tender wheels of human history unfolding in front of your eyes. Every school should include Apollo 11 into their curriculum, for it is not only an accurate documentary of events that changed the history of our race forever but also a hugely inspiring film, too, one that pushes you to reach beyond the limits of possibility in order to achieve something great. 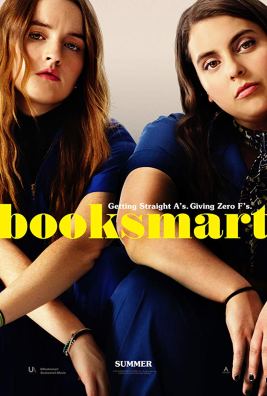 In its’ core, Booksmart is very simply Superbad but with girls. It’s also every other teen comedy ever made; two girls who’ve spent their days getting straight As and missed all the high school parties decide to have one night of fun, for the first time, before moving away to different colleges across the country. The story has been told a thousand times, and we all can imagine what happens: they get drunk for the first time, they fall in love, they go crazy. It’s not really the story that works so well, but the whole execution of the film, the unhinged love which director Olivia Wilde, an actress herself, has managed to pull out of the shining duo Kaitlyn Dever and Beanie Felster, both bound to hit big stardom in the ’20s. 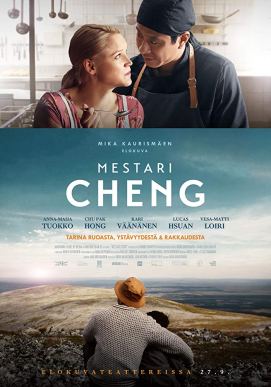 A charming story of a Chinese cook who comes to rural, northern Finland with his son to find a long-lost friend and ends up setting up a restaurant serving rare Chinese delicacies to the grumpy Finns who probably never even seen a foreigner in their lives, but on TV maybe. Master Cheng, as the English title is, charms with its’ beautiful cinematography, cinematic scale and awesome, strange Finnish characters, whom Cheng interacts with his own, bull-headed style. Kaurismäki manages to make the story more than its’ parts and the feel-good nature of the film makes it a lovely watch.

7. The Inventor: Out for Blood in Silicon Valley (Alex Gibney) 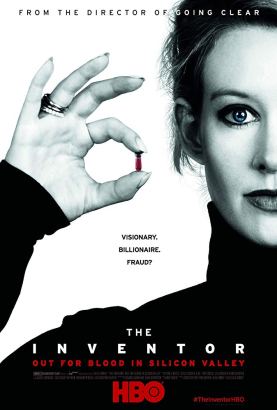 2019 was all about fake news, and the order our world was established on – that if anything, the news are true – was shaken. This happened also in the unbeatable field of business, and The Inventor is a great dive into the world where wealth and money is everything. We have grown to believe that the business decisions made by the multi-billionaires have been established on their genial understanding of the business and the products they build, but with clear, sharp slashes, Alex Gibney’s documentary goes to destroy that belief. The Inventor both an uncovering of a fraud and a documentary of the person behind the fraud, a self-proclaimed Silicon Valley med tech goddess who sets on a mission to change the world. 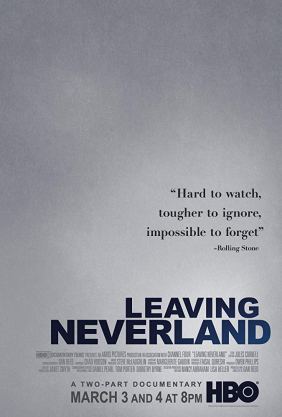 Unearthing the old claims of Michael Jackson’s pedophilia relationships with kids who stayed at his mansion and toured with him wasn’t anything we hadn’t heard of. In Finland, we’ve had our own Michael Jackson -jokes (“väärä nappula”), as probably everywhere in the world and the fact that Wacko-Jacko, a revered musician, had this dark side was accepted as part of his myth, rather than the actual, life-destroying crime spree it actually was. While Leaving Neverland isn’t a tremendously built documentary, it fails to really build the characters of its’ subjects and tends to be scandalous and sometimes not that believable, but what it does it gives faces and history to the victims and shows the extent Jackson’s actions, and, interestingly, also challenges the families of the victims: why didn’t you do anything? We know the answer: they liked basking in Jackson’s starlight way too much to really stop what they for sure suspected was going on. 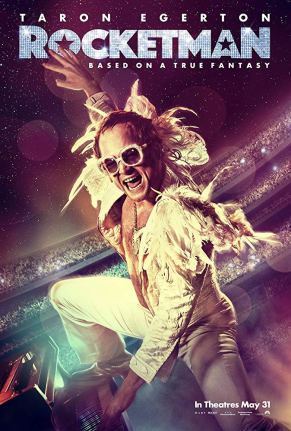 Now this is the right way to do a rock biopic! Pushing the envelope much further than Rocketman’s predecessor Bohemian Rhapsody did, the film goes to town with sex and drugs and rocks and rolls. Taron Egerton crashes the Oscar party with an impeccable show of force as an actor and Dexter Fletcher manages to keep the film that keeps on bouncing all over the room in some kind of leash to deliver a story that actually tells a story of Elton John‘s crazy years. Drawing connections between BoRap and Rocketman is easy, as the films are essentially the same. Where BoRap is simply better rock film because of Queen’s amazing music, Rocketman is probably a better film.

10. Once Upon A Time… In Hollywood (Quentin Tarantino) 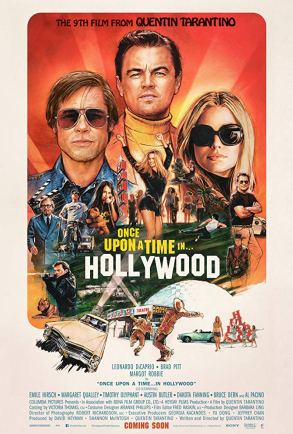 The star-studded cast and crazy intriguing premise delivered Tarantino a huge hit with Once Upon A Time, and rightly so. The beautifully crafted film takes one of the big Hollywood tragedies and re-writes the history, but does so with childish dream to crush the bullies, and while we know the events didn’t go that way, it’s an alternative history take, done mostly with respect (yes, Bruce Lee‘s depiction was not fair, but hey, it’s a fantasy movie). It’s fun and powerful film that leaves you gasping for air by the time you roll out of the theatre. Might not be Tarantino’s best, but is definitely on the top five.