I’ve now returned to the healthy 5-hours-a-night sleeping cycle, so Monday wakeup was another groggy and slow one. Early morning we were taken on a long ride to our Beijing studios, where the shoot of Iron Sky: The Ark is to begin very soon. Interestingly enough, one of the key people of the production has taken his leave at this point, leaving us scrambling to find a replacement. This person was someone I was very excited to get on board at first, but as it so many times happens, you really don’t know how a person is until you start working. More and more, over the last weeks, I’ve been disappointed with the outcome of his work, and his presence at the meetings had been very absent-minded, so when I heard the production had decided to let him continue working on other projects, I was relieved. It’s harder now with one set of brains less, but as I soon realized when arriving to the Beijing studio, it’s better to do with less people than with the unmotivated ones. 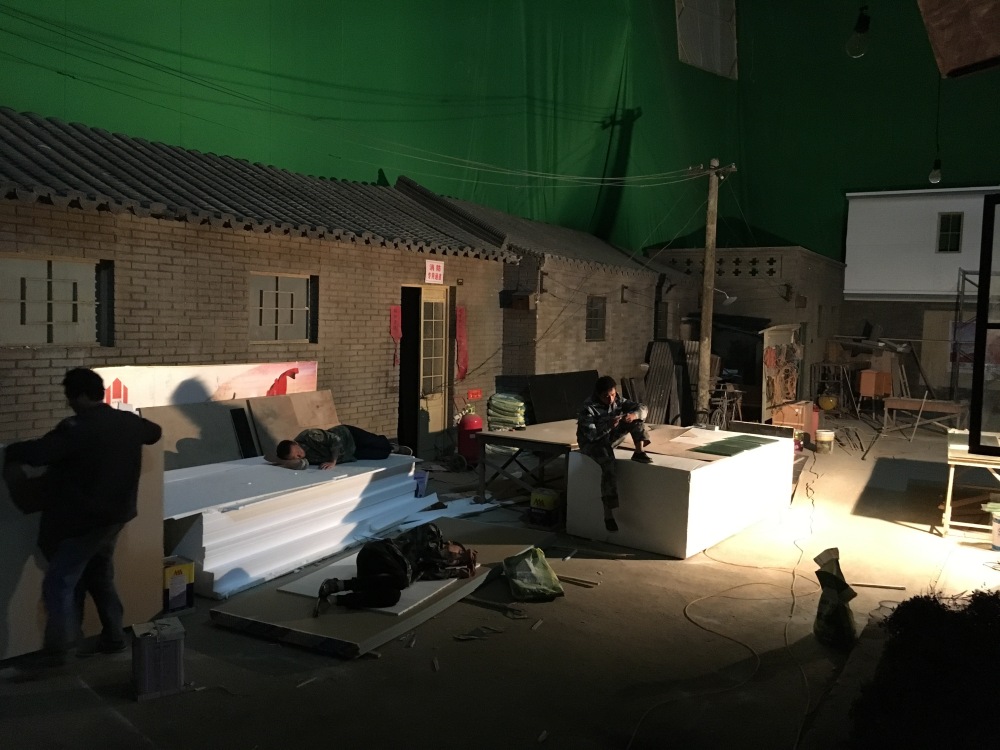 The Beijing studio is heavily under construction, but already the first glance revealed that we were building absolutely unnecessary parts, while the ones we needed were either too small, too big or just wrongly shaped. The reason for this was that I never had a proper floor plan, where I could have easily told the construction team actually what to build, what we actually need and where. Now, some things need to be torn down while others need to be built from out of thin air. Some stupid waste of time and effort (not to speak of money).

Afterwards we went to grade some of our test shoot material. One funny thing I’ve found when working in the film is that no matter what you do, with whom, where and why – everything is always in wrong aspect ratio. It’s like sometimes people just don’t see the difference – this face here is stretched, warped, tilted the wrong way… It’s supposed to be the basic stuff, the very essential basics to have the actual footage in correct aspect ration to even to begin the work on it, but it’s not one or two times I sit down at a grading suite and first have to tell to find the correct image relations.

This annoyance carries on through the whole production chain, leading to nearly every trailer shown at laptops at film festival to be fucked up, every showreel being wrong… I wouldn’t be surprised seeing a 2.39:1 films in 4:3 in theatres…

Anyway. That was the case with our material, and we spent a huge amount of time trying to fix the screwup, and when we finally succeeded, we had to be on our way already. Luckily Mika got the footage on a hard drive and managed to arrange with a Finnish color grader to take a look at it properly when he goes to Finland next week.