Turning 40 today, I feel like taking a quick peek back at how my life was back 20 years ago.

The year was 1999 and the biggest topic was y2k. Everyone was sure that when we turn the digits from 99 to 00, systems reset, data gets screwed up and everything will be shut down. Spoiler alert: didn’t happen. But the world was quite a different back then. 9/11 hadn’t happened and Leonardo DiCaprio was still the annoying brat from Titanic. That’s about as much as I can remember from those times from the top of my head, but let’s do a quick Google 20 years back, at the year 1999.

Not one but two of the most influential presidents of the time were going through the impeachment process in their countries – Boris Yeltsin of Russia and Bill Clinton of USA both had their troubles, but neither of the impeachment processes was successful. The war in Kosovo had started – and recently ended, with war criminals either on the loose or getting caught and dragged to trials. Columbine mass shooting sparked the first big gun debate across the USA that I can remember personally.

In my own life, I had recently moved in with my then-girlfriend, the to-be-mother-of-my-child, and I was working on a film I didn’t know would end up changing my whole life. Star Wreck: In the Pirkinning, the sixth installment of a long series of scifi comedies created by Samuli Torssonen, had recently released its’ first teaser, which claimed the film would come out in the year 2000 (or with some luck, even a bit earlier!), and I was signed up as the director. Little did we know, it would take another 6 years before the film would be finished, and almost none of the footage we had shot by then would end up in the movie (if I’m not mistaken, there’s one clip, the bit where Info calculates the probability of the losses, which made it to the final film).

I didn’t have personally any dreams or hopes of becoming a filmmaker back then – as you can see from the teaser above, Star Wreck became much more serious only after the release of the teaser, which prompted us to revisit the VFX and the material we had shot.

Having said that, prying back into my head 20 years ago is much harder than one would think. What was important to me back then? I loved metal music, I had just recently discovered David Bowie, I enjoyed roleplaying games back then. My operating system was Windows NT, phone Nokia 3310 and I loved Tony Hawk’s Pro Skater. I was working at a telemarketeering company, I think I was still in high school. My brother was still alive.

Nowadays, well, he’s dead. I miss him. I know I would have invited him over for my birthday bash, we would have talked about things 20 years ago. He would’ve remembered how I was a dumb kid back then. I would have said the same of him. He would’ve commented I’ve gained some weight. He probably would still be the skinny old him. We would have laughed, he had a very infectious laugh. I can hear it now in the back of my head.

Since twenty years, I’ve made a bunch of movies which I’m proud of – I’ve made some use of my time, I guess. I’m still working at marketing – when not making movies, or marketing them to either financiers or the end users, I’m working at an advertisement company, doing ads for other products. I enjoy it, it’s fun and creative enough to keep my mind busy.

Health is one thing that takes a hit. Twenty years ago, I wasn’t in a great shape, but I wasn’t hurting. Now, my left knee and ankle both hurt and I need to take three different kind of pill every morning to keep my blood pressure in check. I try to do sports few times a week, but it’s not always possible.

Nowadays, I’m running a Macbook Pro with Catalina operating system. My phone is Huawei, I play God of War, I’ve sold all my CDs I was so proud back then after Spotify came onboard, but find myself collecting LPs today instead. I have a wife now and I love her. She’s the funniest dumbass I know, and I can’t spend one day with her without her making me laugh out uncontrollably. And I have a son, he’s 14 years old, turning out to be a charming little champion.

And just like 20 years ago, the vibe of the upcoming decade change is anxious. Twenty years ago, I used to play roleplaying games, a hobby I sadly have forgotten since then. One of my favorite games was R. Talsorian Games’ Cyberpunk 2020 (released originally in 1990). It painted a picture of the future in my head, one which has stayed etched there clearly.

In Cyberpunk 2020, cars were flying, supercorporations running the world and everything was grimy, dark, sexy and dangerous. People had mini cellphones, everyone was toting an arsenal of guns with them, the techies were jacking on to the Net and mechanical chrome additions made bodies better, stronger – and prone to cyber psychosis. 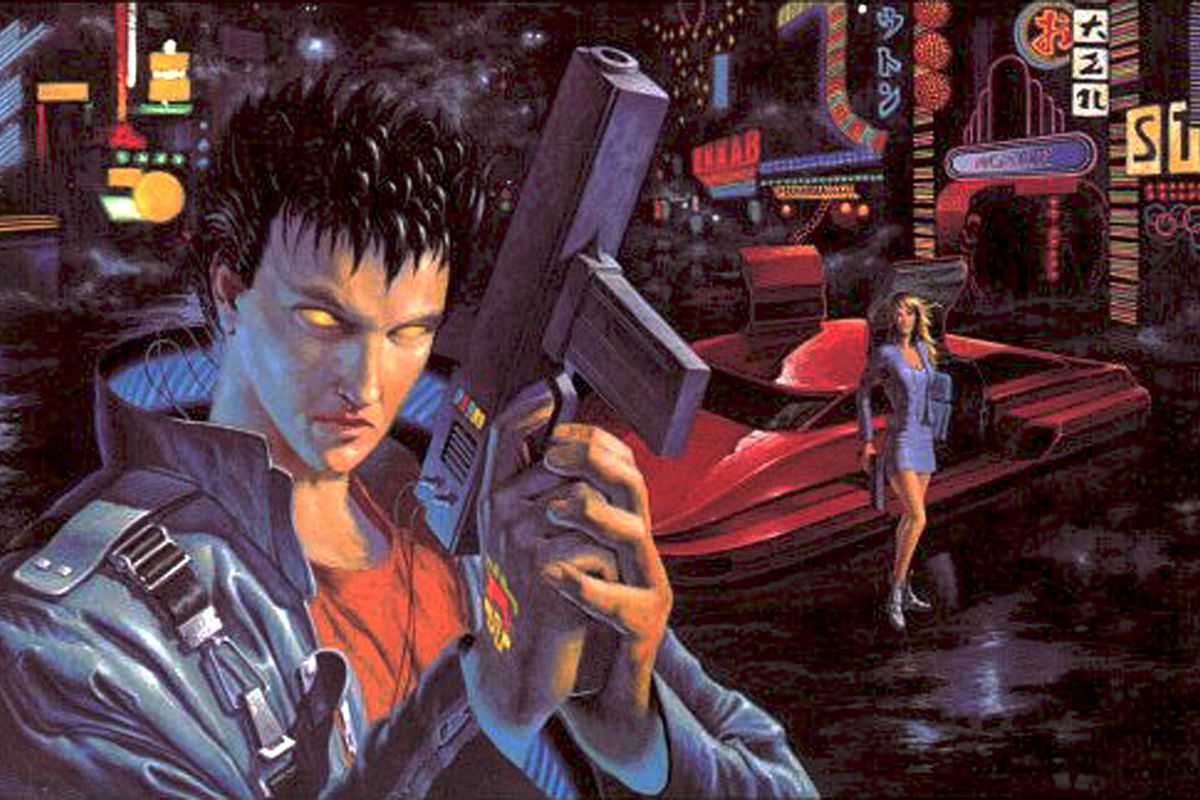 They didn’t hit that far off the mark; guns are a huge problem in the US, Internet is everywhere, cars are not flying but Tesla  (with their new Cybertruck – remains to be seen if it actually sticks or not) is definitely headed that direction and the supercorporations are getting more and more powerful, extending their grasp into governments like never before. Cellphones rule our world, our eyes are glued to their screens day and night, the real-life cyber psychosis is going on all around.

I’m looking forward for my next 20 years with the same anxiety as 20 years ago. I have no idea what’s coming up next. Will I make more films in the future? I bet I will; I was down that road 20 years ago, although I wasn’t that serious about it back then. But me, looking back at me 20 years from now will probably have just as hard time getting really into my mindset as I have when remembering myself 20 years ago.