The year has skipped past faster than I could even register. Wasn’t it just January, when I flew back from China and prepped to finish the shoot of The Ark in Finland? And then February, which I spent in Berlin and China, followed by March which I spent in the courthouse in Finland defending my life’s work for a malicious asshole who tried to claim it his own? And now it’s already May, I’m in LA shooting additional footage for Iron Sky The Coming Race… Oh, I mean August, and I’m back in China doing post production for The Ark… September, October finishing The Coming Race, which is going to get released in just few weeks.

Where did the year go, indeed?

But amidst all the chaos, I did have a chance to enjoy a bunch of films. I started patching my IMDB Top-250 list, watching loads of Indian movies, Korean movies and oldies goldies. At hotel rooms, on planes and airports, and some at home. But film theatres, I didn’t get to go as much as I would have wanted to.

I simply didn’t have time to sit in movie theatres, to see the brand new ones – but I did catch a set of great films –  so, without further ado, here’s my list of the top 10 films released in 2018! 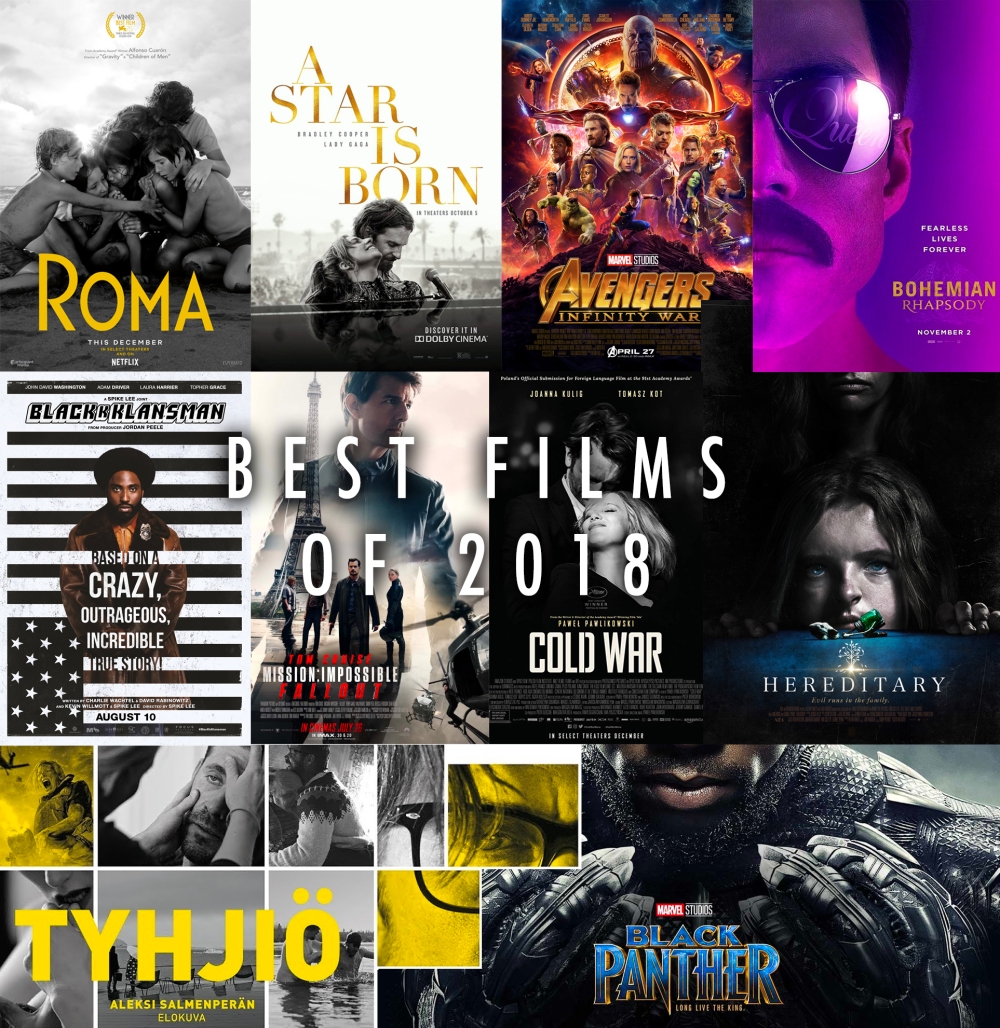 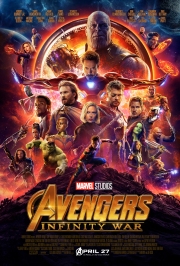 Alright, I admit it – Avengers gets the first place half because I’m so absolutely stunned a Marvel film even made my list, and half because it’s just a brilliant film. I’ve not been into superheroes after Raimi’s first Spider-Man, but Avengers manages to mend the damage done by the billion other films I never cared too much about – be it Hulk or Thor or whatever-Man, by rationing all of these characters precisely the amount I can stand them in a movie, and putting it together in a way that just plain works for me. 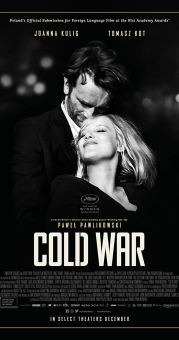 Ahh, what’s better than a black-and-white Polish drama set in the late 40’s through mid-60’s? Well, thanks to director Pawel Pawilowski, pretty much nothing, not this year at least. Like watching a 40’s beautiful black and white photo coming alive, the film tells a tragic, tragic jazz and lust filled story that takes us through the years of Communist oppression, as seen by the most cinematic couple played by Joanna Kulik and Tomasz Kot. Close to a masterpiece, this one! 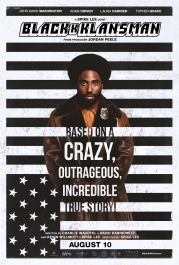 A Spike Lee joint is always a bit of a guessing game – sometimes, they hit hard and exactly the right way, sometimes they go way off. Well, at least that’s what I’ve heard, but truth be told, I’ve only seen good Spike Lee films, and Blackkklansman is definitely one of them. It’s not as game-changing as Clockers or Do The Right Thing, but it tells a great story with some stellar performances – Jasperi Pääkkönen’s as the one we Finns love, and with a good reason. 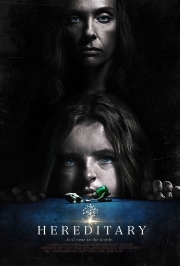 I don’t watch horror movies as much as I should, since I usually like the genre if it’s well made – like Hereditary is – and has some truly creepy shit – as Hereditary does have. Being truly scared shitless from time to time is a novel experience and thanks to our jaded we’ve-seen-it-all entertainment industry harder and harder to come by, but unlike many think, one doesn’t need no crazy bells and whistles to get there, but a good story, slow, creeping cameras and scary-face little kid and voilá, I’m jumping in the ceiling. 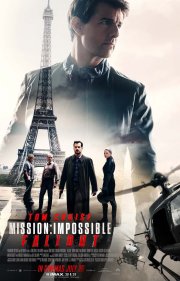 Tom Cruise and Mission Impossible seem to be an infallible combo, and Fallout really drives the point to home. My hands were sweating the whole time I was crushing the edges of the seat at the theatre, and while the plot is really nonsensical and thoroughly confusing if you try to understand it even the least bit, as an action film it’s a great friggin’ thrill ride! 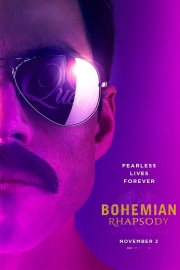 As a life-long Queen aficionado, I came in for the music, and didn’t leave disappointed. That said, the film might have been a bit clumsy, and definitely not the Oscar-hoarding megabiopic everyone was hoping it to be, but although looking like an unholy mix of a Deep One and Freddie Mercury, Rami Malek does a terrific job. The grand finale at Live Aid – a concert I’ve watched at least a thousand times as a kid – is impeccably staged and played, and brings home what might have been slightly jarring softball of a biopic in the second act. 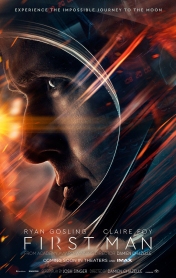 Subject matter matters, and it’s more true with First Man and me than any other film this year, save maybe BoRap. It’s interesting, the poster promises kind of Apollo-13 -kind of a thriller with cool CGI and explosions and whatnot – but instead, the film delivers a slow, ponderous and muted-colour period piece – and that’s just fine! It’s like a very detailed history lesson which makes us to appreciate the effort and dangers humans had to endure to get us on the Moon, in rickety tin cans. When descending on the Moon, lights blinking and the whole film theatre rattling around us, the viewer really feels like he’s in there with the guys, barely letting us breathe. Ryan Gosling is playing stronger than I’ve seen him play in a while, with an ocean roaring inside, and nothing showing outside. Not sure how accurate his performance of Neil Armstrong is, or maybe he’s just playing himself, but he does it very well nevertheless. 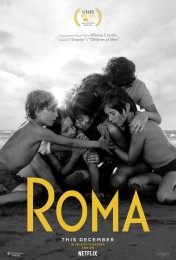 Another black-and-whiter, Roma stuns you with the amount of people in every scene, the extras are abundant and all feel really, really well placed and their actions feel really well designer. This wouldn’t normally be a topic, but with Roma it is an instrumental element to completely sink you into the story – you don’t feel alone, but smothered by people everywhere, and the main actor Yalitza Aparicio’s terrific performance amidst it all is unforgettable. 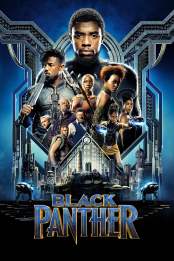 Shit, another Marvel pic in my Best Of -list. Last year I would’ve never guessed this, I tell you… But Black Panther is good. It’s really pulling you in to the story – the production design, the accents, the costumes, the music, the main cast acting, it all feels very fresh and enjoyable popcorn entertainment. The CGI is sometimes a bit lackluster, but in the big picture it all goes down really well. 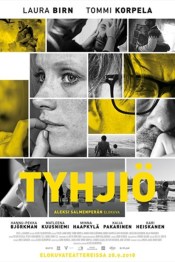 This year, the only Finnish film I went to see and loved so much it made my top-10 -list was Aleksi Salmenperä’s tragic yet damn funny and close-to-home -hitting black comedy Tyhjiö (“The Vacuum”), which tells a story of an artist couple struggling with their lives and art. Poignant and snappy with its’ humour, and the third black-and-whiter (mostly) on my list this year, the film was bound to leave the small but devoted audience laughing and talking about the film for quite a long time after. 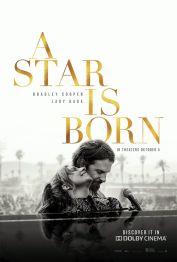 RUNNER-UP: A STAR IS BORN

Argh, I wanted to love this film but I couldn’t get past the fact that it becomes quite a molasses-laden Hollywood-by-the-book -pic of the old days by the third act. It’s really great to see the cast doing wonderful job, and music being so beautiful, I just wish it had been … Ahh, who cares. I enjoyed it. It felt good. I just needed a very salty snack afterwards.

PS. This list consists of films that were released in 2018 and which I saw. I saw quite a load of other films that were either released in Finland in 2018 which I loved (Death Of Stalin, A Prayer Before Dawn, Lucky to name a few) but they are out of the scope of this list.