I practiced some Stalinism today, as I was just about to finish the cut of the movie, but suddenly realized I hated to have this one character in the end and then begun a huge cut-erase-and-paste -stitch job, which eventually led to one character who is basically instrumentally in every shot of the last bits of the movie, being there no more, like he never existed. Let’s see if Max thinks my great idea is so great tomorrow, but I was feeling empowered walking out of the editing booth.

There was a proper gym Chinese Gym Chad at the gym today. Muscular, loud and was carrying an admirable-sized water bottle… no, a bucket with him wherever he went. Made me think of that Virgin Sip vs. Chad Quench meme. If those words say nothing to you, don’t bother clicking. He was speaking to his much smaller and weaker friends IN ALL CAPS the whole time, save the moments he was doing his set, which happened with as much huffing, puffing, groaning and existing in every corner of the room as humanely possible. Very untypical behavior for Chinese men, mind you, who are usually pretty subtle and don’t take too much personal or physical space.

Dinner was this time a local Japanese restaurant, where I enjoyed a huge bowl of noodles, some sushi, grilled fish and some rice, and the most amazing service, although nothing, not even menu, was in English. I just randomly chose four items and was positively surprised.

Heading back home, the city felt looming around me with a very special presence tonight. Got me feeling all Blade Runner, so I went back in and slapped the masterpiece-of-a-film on my TV and sunk into the retro-futuristic world of Ridley Scott for the next two hours.

Sometimes, working abroad is dull and lonely, but today, it was just perfect. 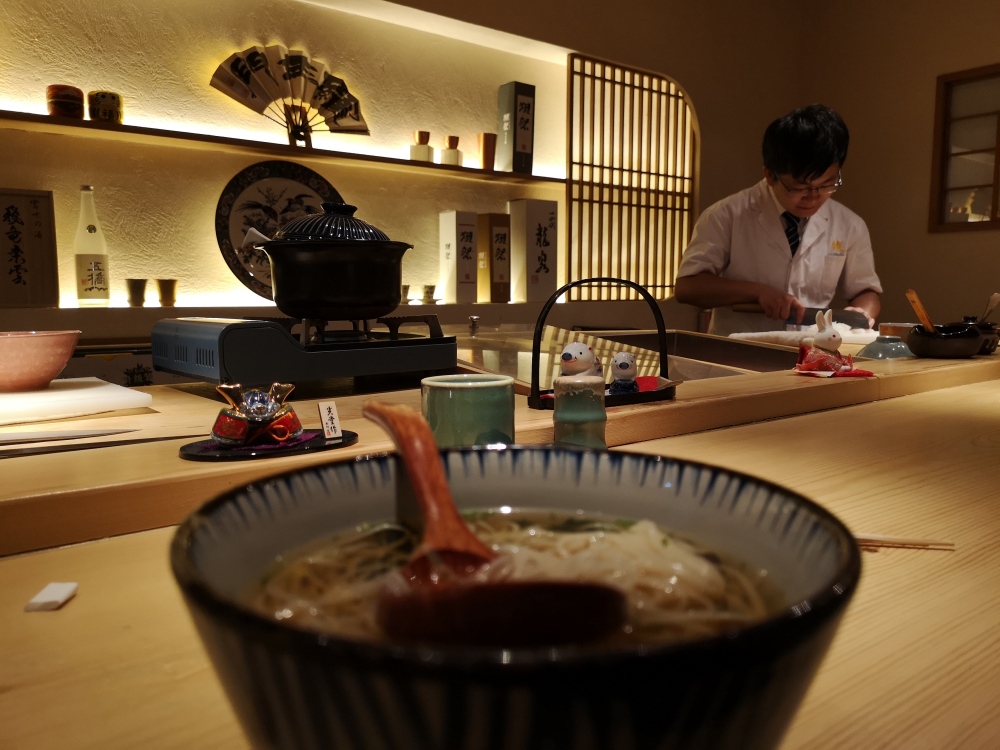 PS. It’s 2am as I’m writing this, and I haven’t yet gone to bed, and I’m starting to feel tired now. Let’s see if this rhythm change actually turns out to happen in the end. Crossing fingers, and nighty-night y’all!