These long nights are really dull, so I decided to dig into the long list of TV shows I haven’t seen, starting with The Americans. The story is quite interesting, two Russian agents living in the 80’s USA, portraying as a couple. They have kids and everything, so it’s real family life, only with murders and espionage and what have you. At least something to pass the time on.

Working today with VHQ, we sketched out a pile of shots for one of the segments of the film which has been a huge headache for us, but didn’t really come up with anything remarkably great. Well, I did come up with an awesome shot, but it was quite clear it’s way out of our budget to create, so I had to bury that one. Other ideas were not that cool after finding something you really, really love. 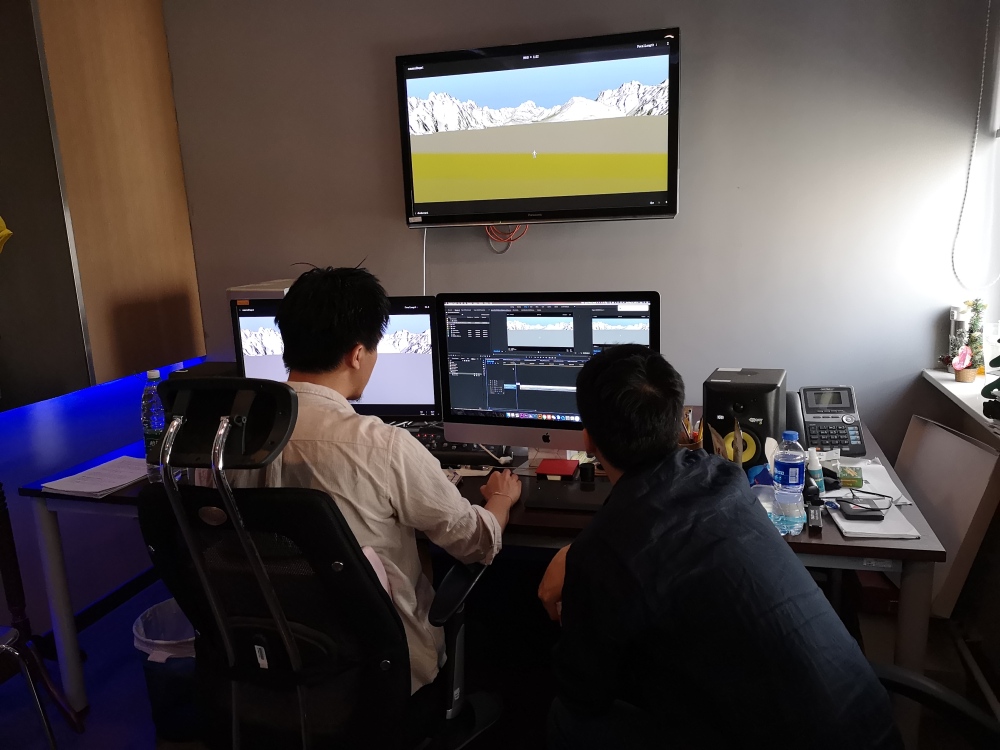 After VHQ, I went to see Tuomas. There was a bit of a hiccup in getting into the room, and Tuomas was pretty furious to the staff since they hadn’t let me in the room since I didn’t have my passport with me. I was fine with it, but he was scolding the staff for a while, and the manager of the hotel later on came by and brought us some free ice cream, so it was all water under the bridge.

We worked for quite a bit, going through scenes with Tuomas composing and me explaining the deeper thoughts behind it all. It wasn’t half bad, although very fragmented work. It’s hard to keep a complete picture especially since I’m no composer, but Tuomas has a clear method in his head and he’s very creative when he’s working. Afterward, we headed out for some more of the Lebanese dinner, discussing the lyrics of Finnish music, pointing out that many Finnish songs tell the same story of giving up a life of adventure and love for a much more settled lifestyle, which then slowly grinds you down, but neither is a good choice, so all we are left with is a life that’s running before our eyes and before you know it you are – as this one song says, a ferry guard somewhere by the river, being slowly hanged by your domesticated life.

As I now approach my 4th decade on this Earth, I feel I’ve had the privilege of seeing quite a lot of the world, having lived/spent a considerable amount of time in Finland, Belgium, Germany, US, Australia, and China. I’ve been to a lot of parties, met a lot of people, loved a lot of amazing people and been quite lucky with the choice of profession I’ve had. Financially, I’ve never been nowhere near being called “rich” or even “well-to-do”, but I’ve always done OK. I’ve never felt trapped in, or locked out of the rest of the world, and for that I can be very happy about. But what’s out there to expect? Watching my son grow, maybe some times winning a recognition for the work I’ve spent my active life doing, traveling to distant places with my wife, getting old together with her, watching as the world moves on. But also, I can’t help but feel that I’ve already been around quite a bit, what’s out there, really, that I’m going to be experiencing in a completely new way? Maybe by this age, I’ve laid the groundwork on how the rest of my life will be? Or then not? Impossible to say, but I don’t feel a noose tightening around my neck, rather feel like a new door opening. Let’s see what’s coming.

And reading this back in 10 and then again 20 years from now will be probably quite a fun experience. So Timo, if you, reading this closing your 5th decade, find it in your heart, please allow me the naivety of a 30-something. I hope you are wiser now.